The steam train of Pelion, "Moutzouris-Smudgy" was of huge importance to the development and history of Pelion as well as Magnesia itself. The steam train was the project of Evaristo de Kirico, an Italian engineer, whose father was the famous artist Giorgio de Kirico. 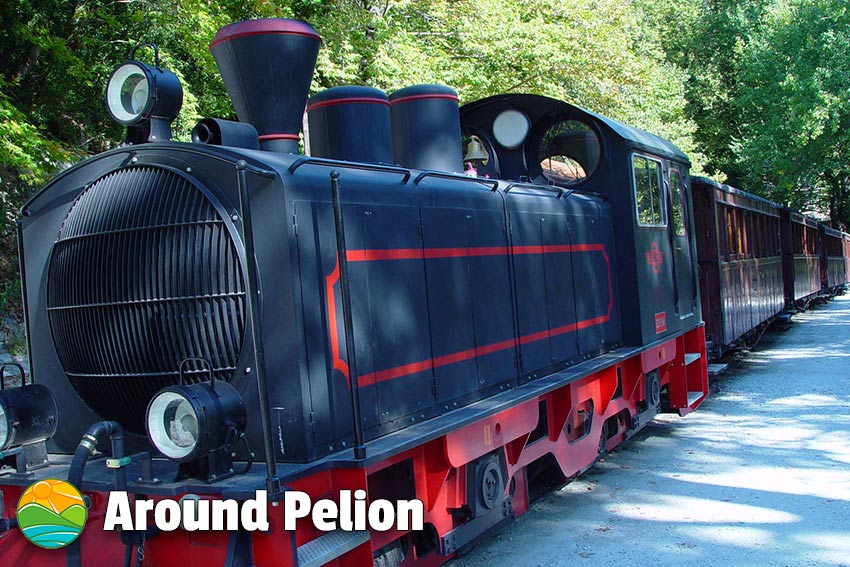 Evaristo was the mastermind behind the train's development, and it was his combination of knowledge and imagination, which brought this project to life.

By 1903, the railway line had been extended to the village of Milies, covering a total of 29km. Also completed during this time were the bridges over which the train would cross. In total, 6 bridges were constructed, 5 of them being stone bridges with arches, and the 6th bridge being made of iron. 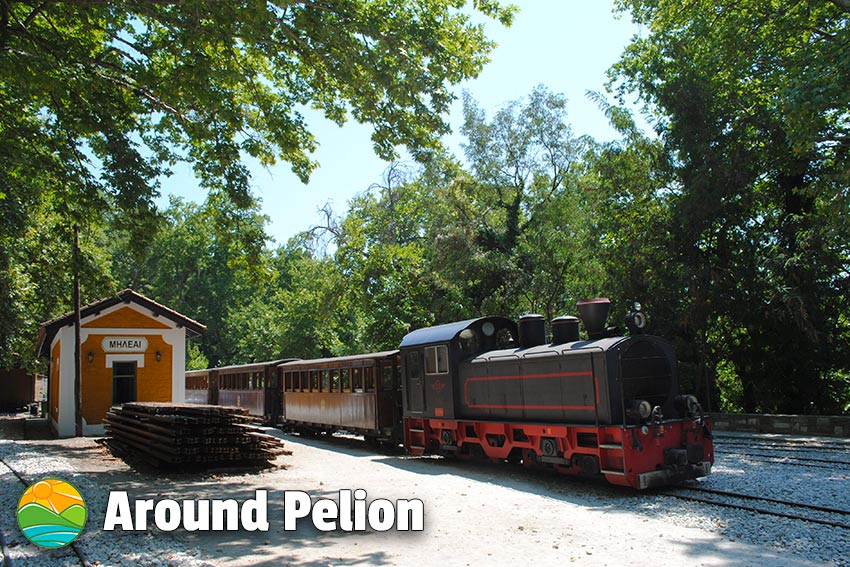 The final outcome of this project was literally a masterpiece. The bridges, the rail track and the train itself were all inspired works, and blended in perfectly with the surrounding environment.

The train of Pelion was in operation up until 1971, and was used to transport goods around the region, as well as people who used it for travelling and short day trips.

However, with the increase in use of the motorcar, the train became too expensive to continue operating, and was sadly abandoned. Today however, the train of Pelion is back in operation, and continues to provide passengers with a journey that they will always remember. Passing through numerable scenes of natural beauty and over the impressive bridges, taking a ride on the train is an unforgettable experience. 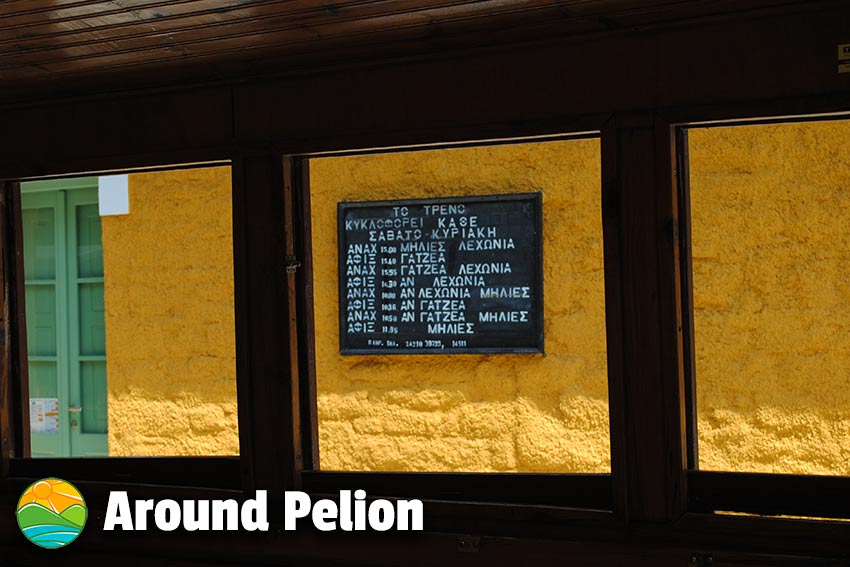 The train currently departs from Ano Lehonia, and arrives at Milies after passing through other villages such as Pinakates, Ano Gatzea and others.

All visitors to Pelion can enjoy the journey on the train, and be taken back in time to over 100 years ago. This is to say, that the villages and Pelion as a whole have managed to maintain much of its original surroundings and style, which is a great achievement as we head towards the 22nd century.