Lehonia Ano is situated 13km from Volos. During the old Christian period, this village was called Methoni. If you walk a little further out of the village, you can see the ruins of this old city on the hill "Nevestiki". 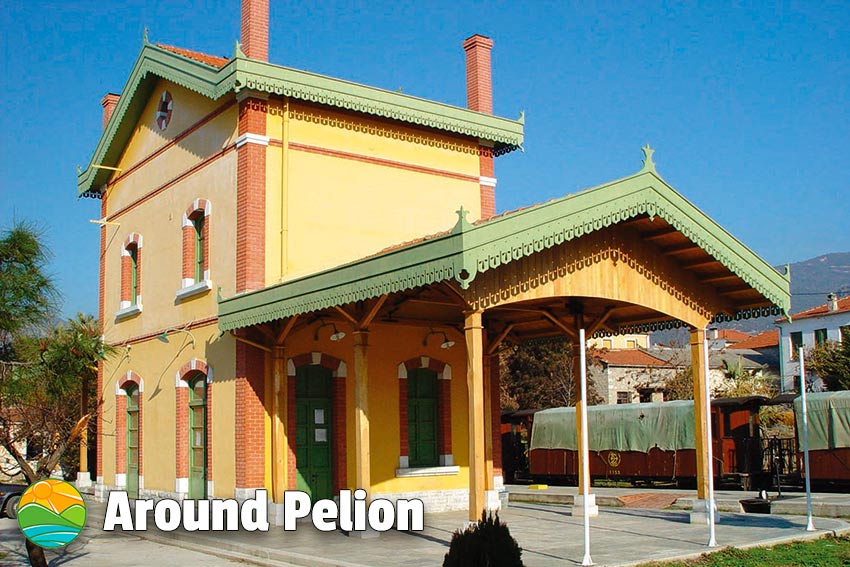 Here you can see the "Kontos" mansion, which is well known because of the rumours that it is haunted. The "Kocolis" mansion which was built in 1908 and the neoclassical buildings of "Katsropoulos" and "Hatzikyiasi" are also worth a visit.

This village is also the departure point for the small train "Moutzouris-Smudgy"s, which goes on a beautiful journey through several villages, and departs from the old station "Jason".

This steam train operated for the first time in 1895. It was in continuous operation until 1971 when it was then considered to expensive to keep running. For 76 years it was transporting people and merchandise and contributed to the development of Volos and its surrounding areas. Evaristo de Kirico, a famous engineer from Italy, and the son of the famous painter Giorjio de Kirico, developed the steam train.

Only recently has the train been put back in operation and you can see it running along again on the hills and slopes of Pelion, reaching its destination point in Milies. The train is in operation every day of the year, but with the exceptions of weather restrictions. If you plan to take the beautiful journey on the train you should first consult O.S.E. (The Greek Rail Organisation). Their information number is 24210 24056.

During the first days of July and after the festival for the memory of Agioi Anargiroi, organised cultural shows take place, under the name of "Lehonitika". 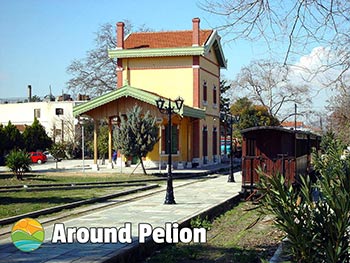 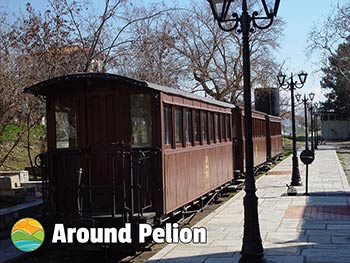 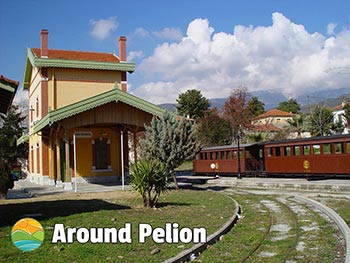 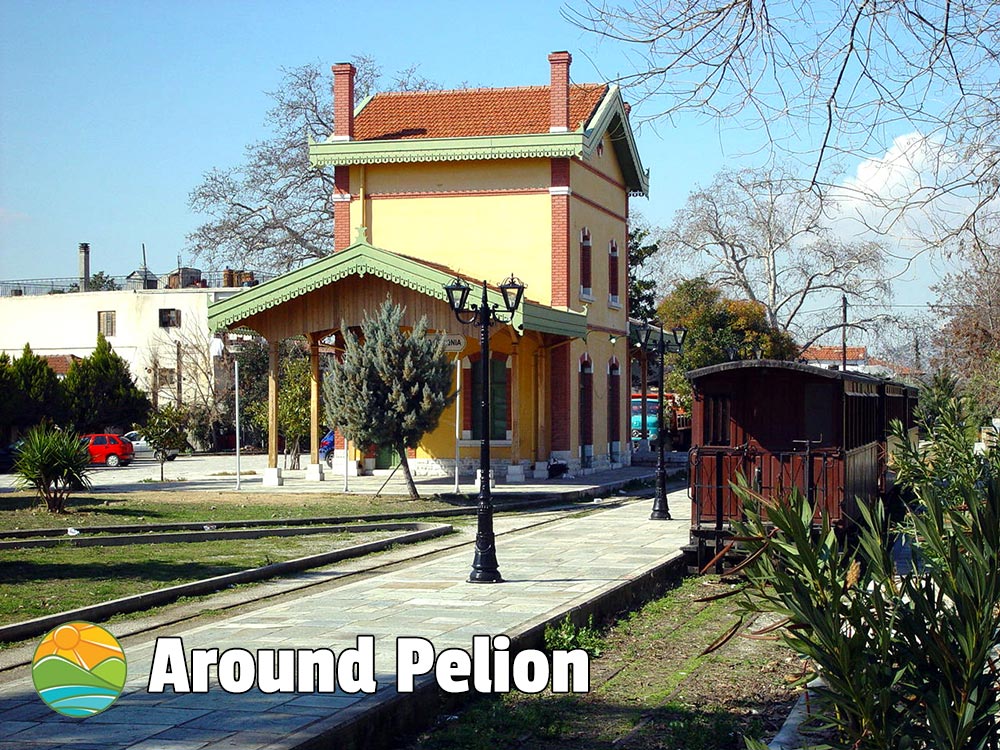 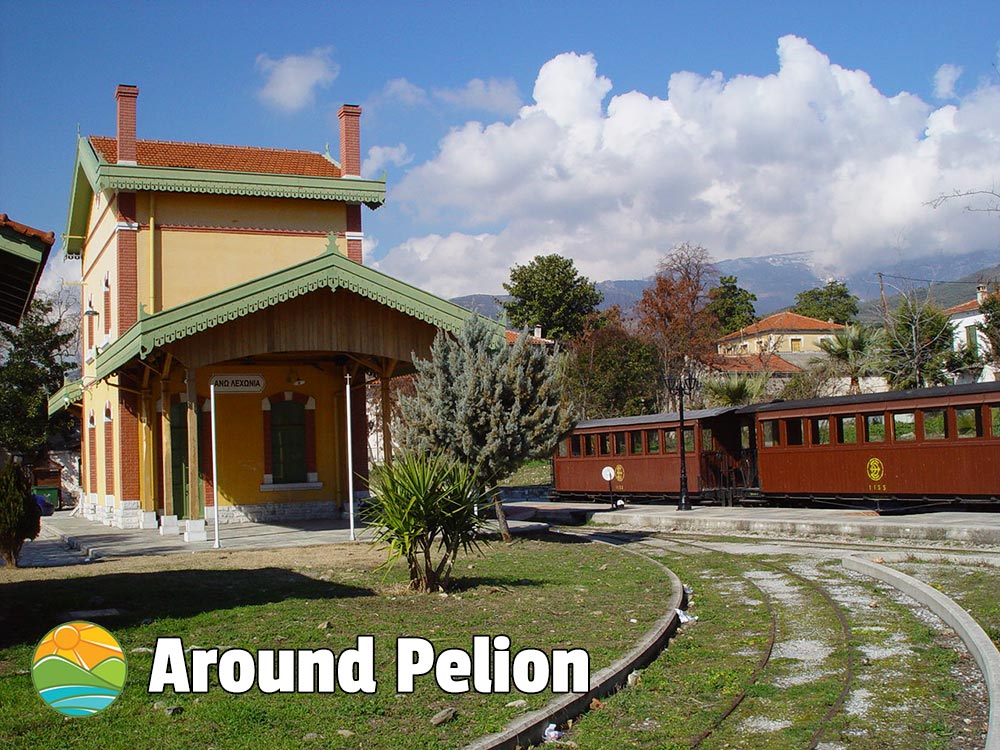 Click on the map image below to load the Google map showing the location of Lehonia Ano. 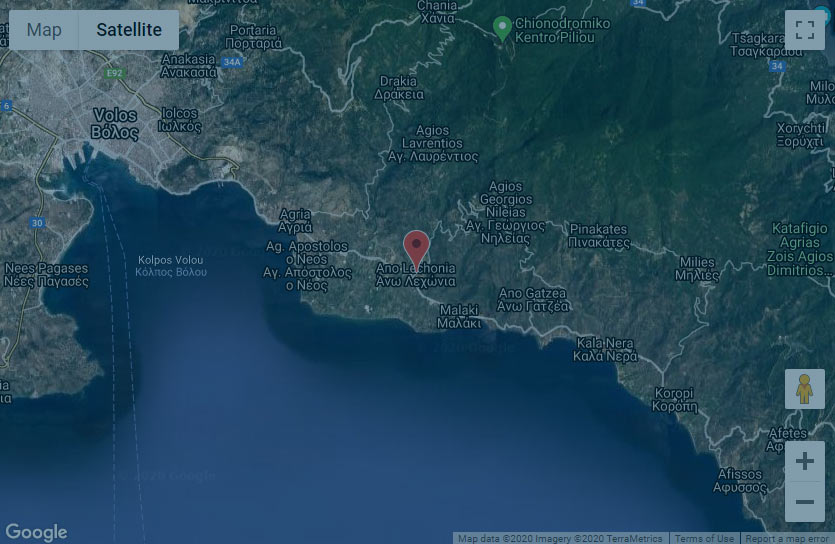