This beautiful, mountainous village 47km from Volos has been built in a very inspiring area. It is the biggest village in Pelion and was very prosperous, wealthy and cultured during the 17th and 18th centuries. 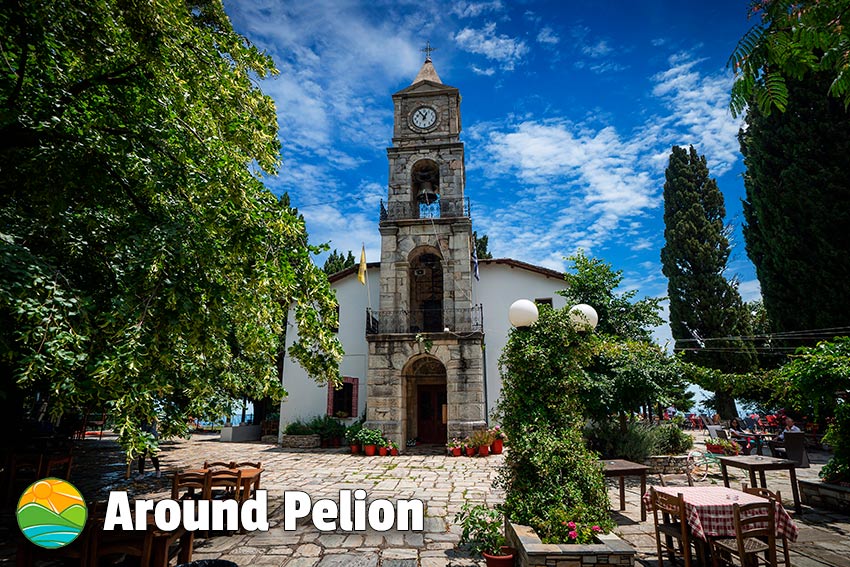 Here one of the main occupations was the production of silk, which gave a big push to the development of factories. This in turn began trading by sea from the port of Horefto, which led to the village becoming wealthy. Evidence of this vast wealth can be seen in the many mansions in the village.

Today the village is occupied with farming and also specialise in apples and pears. The production of this is very large and supplies markets all over the world.

In the 18th century, Zagora was the largest centre of culture in Pelion. You must visit the old school of "Rigas" (1777) or the Greek Museum as it was later named. It is known as the oldest school in Pelion. In this school many famous Greeks studied, such as Rigas Ferreos (leader of the revolution against the Turks), Anthimos Gazis, Grigoris Konstantas and Kallinikos Lapatis (Patriarch of Konstatinopole).

You must also visit the famous library of Zagora, where there are 15,000 old books. The traditional architecture of the old houses will really make an impression on you, as will the old cobbled paths and old mansions.

Also worth a visit are the impressive churches of Agia Paraskevi (1803), Agios Gergiou (St.George) (1765) and Agia Kiriaki (1740). All of them are decorated with huge icons and have very striking golden sculptured icons.

At the beginning of September, the female corporation of Zagora organises the festival of the "Apple", which concludes with dance and food. For swimming you can go to the beautiful beach of Horefto, or for a quieter beach, you can go to Agioi Saranta. You will find a lot of tavernas and restaurants offering you an excellent taste of Pelion cuisine. 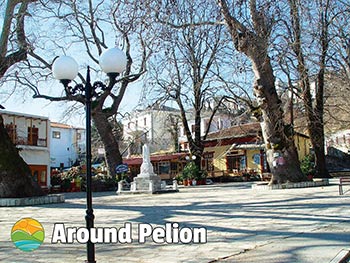 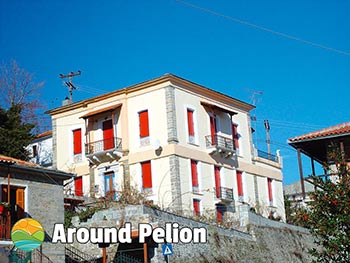 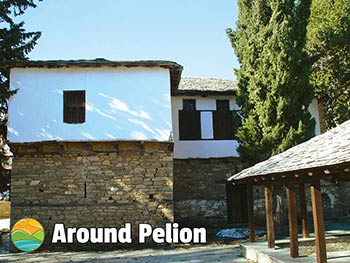 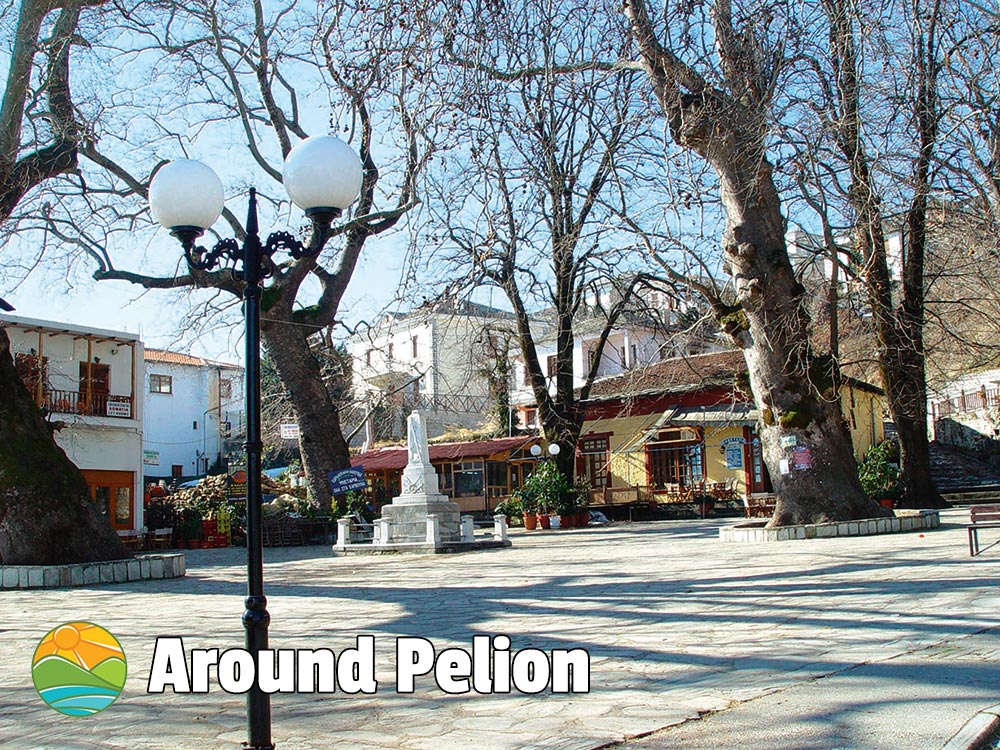 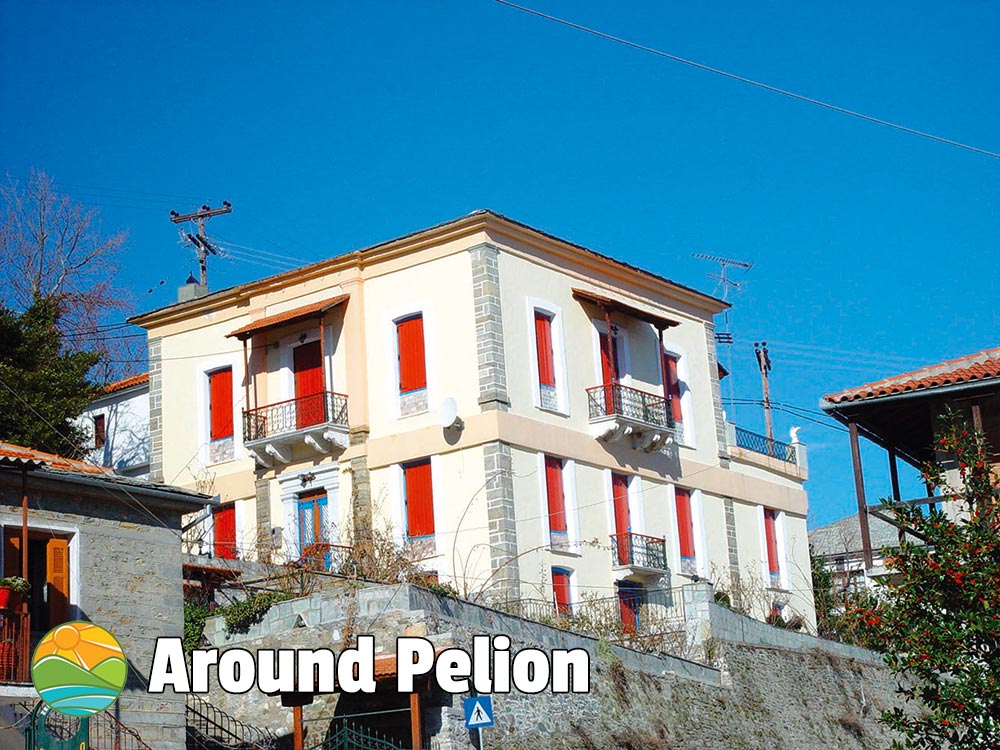 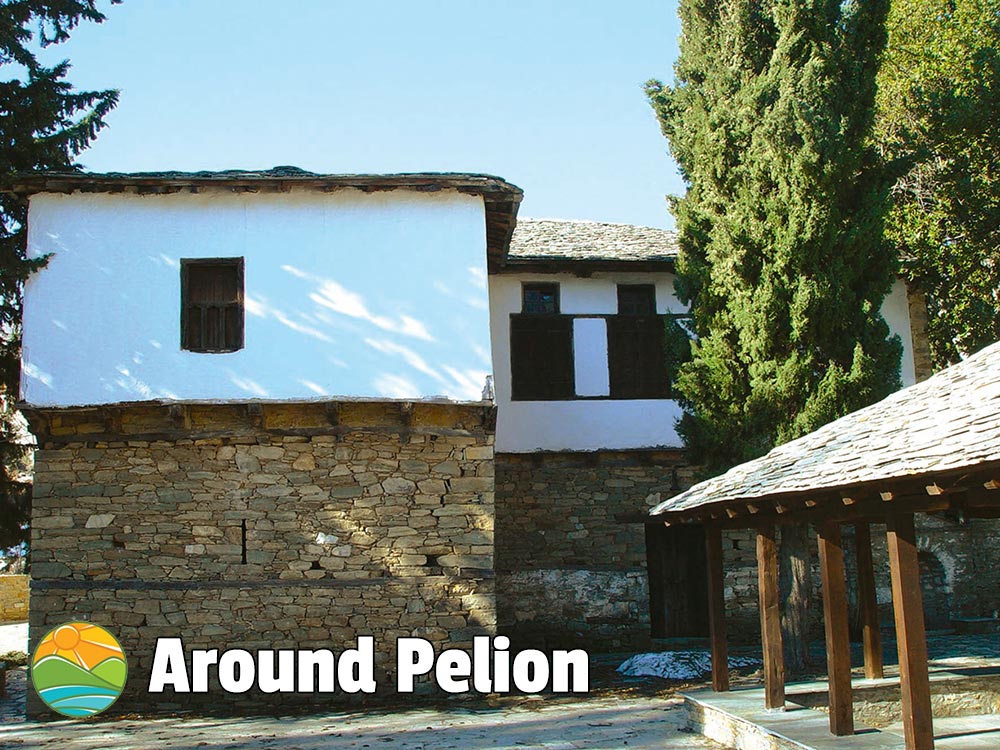 Click on the map image below to load the Google map showing the location of Zagora. 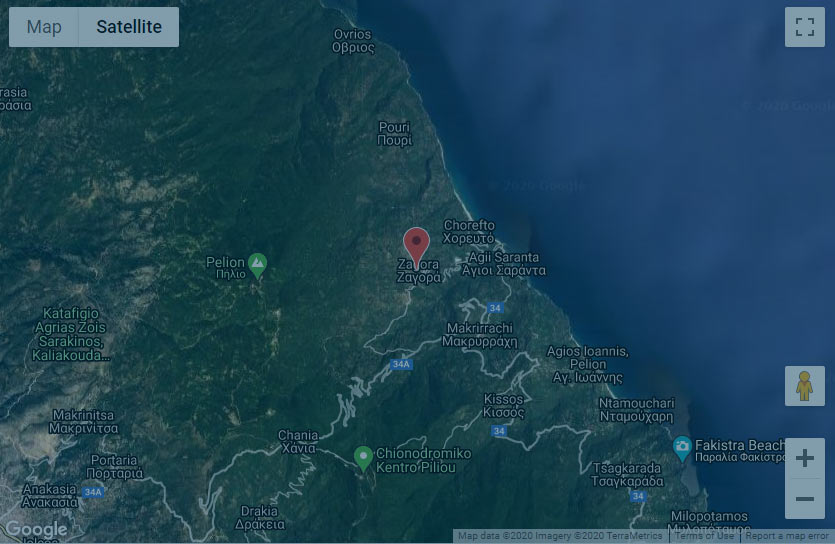