The region of Magnesia

Magnesia is one of the four prefectures of Thessaly. It is a magical place that perfectly combines mountain and sea. Spanning from north to south along the east of Magnesia is the famous Pelion Peninsula.

The name Magnesia is derived from the name of the first settlers in the region, the Magnetes. The geographic size of Magnesia is expands 2,600 square kilometres and has a population of 197,600 (Census 1991). In mythology, Pelion was the place that was chosen by the Gods of Olympus for their summer vacations, their festivities and their ceremonies. The marriage between Pelia and Thetitha took place here, and Homer, Pindaros and Evripides spoke of this in their stories. 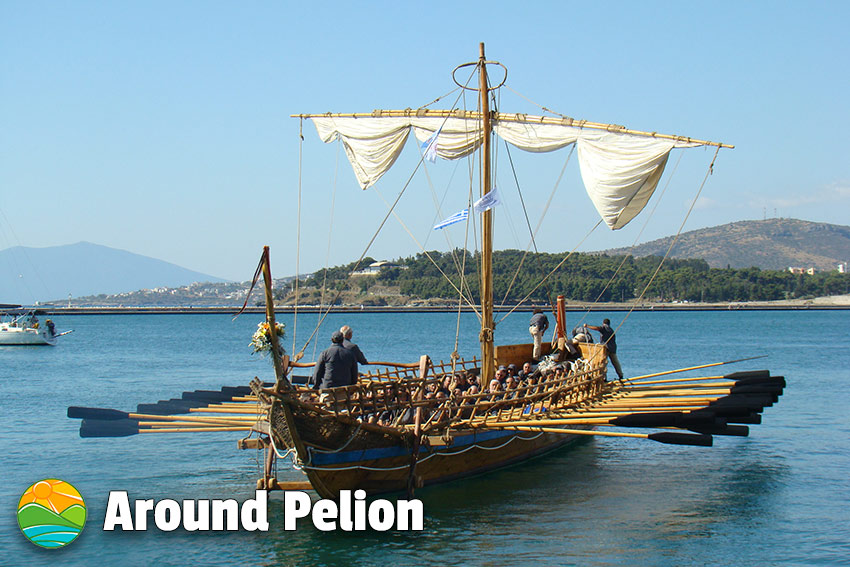 Pelion was also home to the centaurs, the half horse and half man creatures, with the most famous being the centaur Chiron. Chiron was a very intelligent being and was teacher to Achilles and Hercules, as well as teaching medicine to Asclepios.

It was also from Pelion that the boat Argos set sail to Colhiva, with Jason and the Argonauts on board looking for the Golden Fleece. Archaeological research in the area has brought to light Mesolithic findings. In the areas of Sesklo and Dimini, Neolithic artefacts and ancient ruins were discovered. Researchers also discovered Mikinike cities spread throughout the whole of Magnesia, which, in their time, were very prosperous cities in Greece.

Volos, which is the capital city in Magnesia today, replaced Iolkos, which was the capital city of Mikinikes Thessalias, and took over its exact location. Researchers have also discovered cities such as Pagases, which reached its peak at around the 5th century BC, and Dimitrias, which was built the Macedonia King Dimitrios. By the old Christian period, around the 12th century AD, Almiros and the very important city Fthiothithes Thives were established.

During the Turkish occupation of Greece, the majority of the villagers on the surrounding coasts fled their homes and established themselves on the high mountainous regions of Pelion.

This was done in order to be safe, where the Turks couldn't reach them. The result of this led to the mountainous regions of Pelion becoming very wealthy and also very intellectual.

In 1821, the revolution against the Turks began in Pelion, and was headed by Anthimos Gazis in the village of Milies. Magnesia joined forces with the rest of Greece in 1881 to continue it battle with the Turks. The Greeks eventually won this revolution and the country began a new chapter in its glorious history. 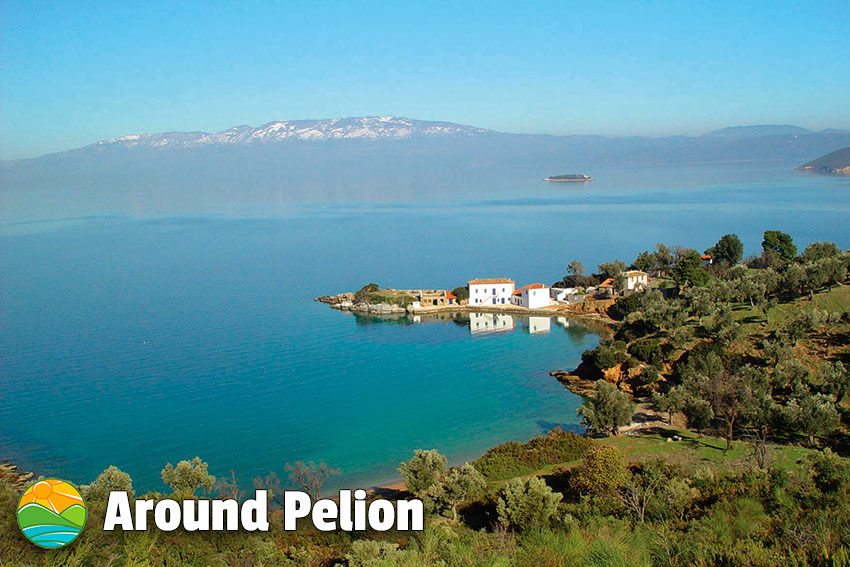 Pelion is a magical place, which combines mountain and sea with absolute harmony. The highest peaks of Pelion are Pliasidi (1,548 meters) and Agriolefkes (1,500 meters). Agriolefkes is home to one of the most beautiful ski-centres in all of Greece. To the east of Pelion is the Aegean Sea, where along the coast are a large number of caves, steep cliffs and unapproachable beaches and coves. There are also beaches with golden sand and crystal waters.

On the west side is the Pagasitic Gulf, where the olive tress flourish on the rocky land. The beaches and coastline are more accessible here, and also land and nature are protected from the strong winds that hit the east side. Over the whole peninsula of Pelion you can find Byzantine churches with golden curved temples, monasteries and country chapels.

Pelion is a place that is unforgettable for holidays and is open for all the seasons of the year. With its selection of beautiful, unique villages, golden sandy beaches and crystal clear waters and surrounded by natural beauty, it is sure to enchant you and make you wish to come back time and time again.