The city of Volos

Volos is the capital city of the region of Magnesia. It was built at the foot of the mountain of Pelion, and is 325km from Athens, and 216km from Thessalonica. The population of Volos is approximately 205,000.

The ancient city "Dimitrias", which is situated a little further out from where Volos is today, was established in the 3rd century BC by the Macedonian king "Dimitrios the Sieger".

By the middle of the 6th century AD, it was the centre for shipbuilding. At the town of "Palaia" (Old) the castle of Volos was built. It was here that a market square was created and trading of products began by the people of Pelion and the valley of Thessaly. 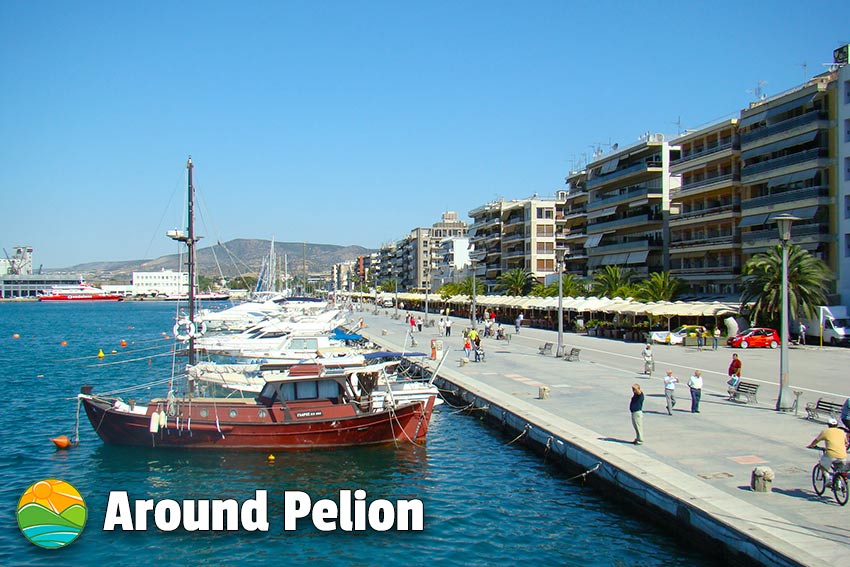 To protect the market from raiders, a small fortress was built. This was known as the "Kastrin" (Little castle). This fort, through the years, was under the leaderships of Byzantine leaders and Ottoman leaders during the Turkish occupation. In 1665 the fortress was attacked, for the last time, by the Venetian navy under the leadership of Morosini.

After this attack, they started to build small stores for the products, which were mainly cereals, from the valley of Thessaly. These stores started to spread around the port. Eventually small houses for the traders started to be built around the east side of the castle.

After 1830, a large number of villagers and craftsmen from the villages of Pelion and from the new state of Greece and other Hellenistic centres started building houses and workshops around the port. This was the beginning of large-scale trading in the area, which was continuously getting bigger and bigger.

When Thessaly joined in with the Greek state, a large trading market started, and by the end of the century there was an explosion in trade and industry. This resulted in the port of Volos becoming the second biggest trade port in Greece after Piraeus. With the port continuously expanding, the rail operation developed to connect Volos with the rest of Greece. 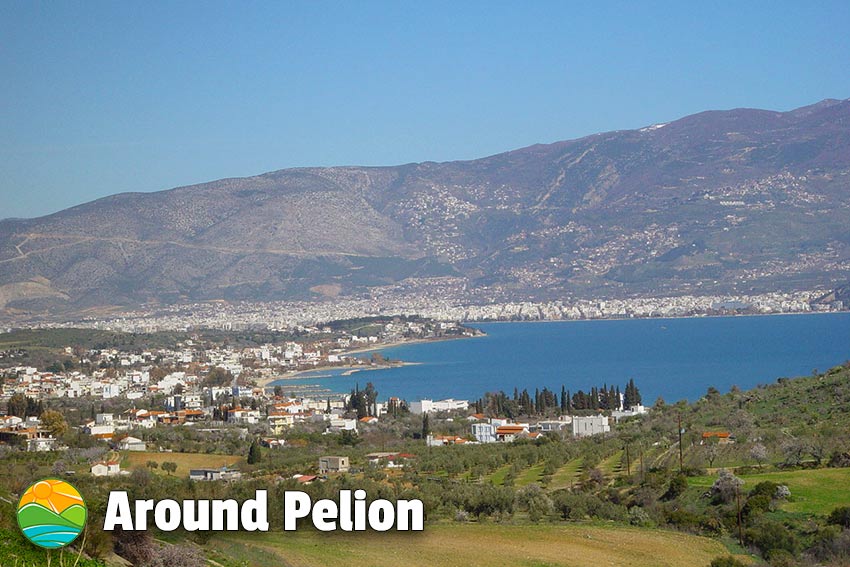 This became the fastest and cheapest means of the transportation of both products and people, and helped in Volos becoming a very rich city.

In turn, this increase in wealth also helped building and development in the area and work started on many neoclassic buildings and churches, such as Agios Konstantinos, Agios Nikolaos and the church of Metamorphosis. The railway station and many workshops were also constructed during these prosperous times.

This development took place at a fast rate and many industries started establishing themselves. Textile, ore and ceramic industries started and led to more wealth and power. The steam train of Pelion "Moutzouris-Smudgy" was built by the Italian engineer Evaristo de Kiriko, and connected the previously unapproachable villages with the port of Volos. Again, this led to an increase in trades and markets.

In 1922, after the disaster in Asia Minor, many refugees fled and headed to Volos, where they found new homes and began a new life. They also contributed in trading and developments in the city. A very important landmark in the city's development was the big earthquake in 1955 when almost the whole city was destroyed. The city was rebuilt and is how you see it today.

Volos is a very lively city, and its port connects with the North Sporades, and has connections with ports all over the world. The rail lines connect it with the rest of Greece and more recently the airport at Anhialos. Today Volos is a big industrial centre and has the third largest port in Greece. 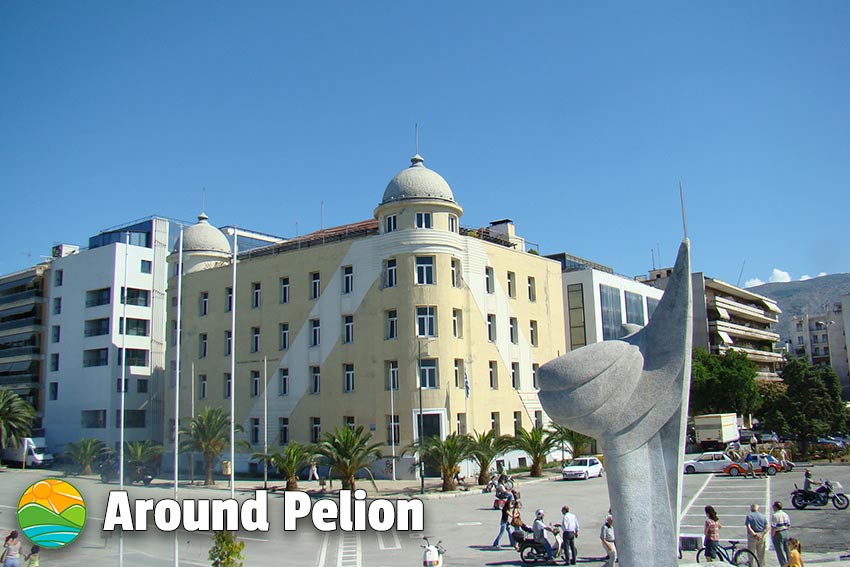 Volos consists of the municipalities of Neas Ionias and Iolkos. Volos has a very famous and high-quality open market, which is on level with any other markets throughout cities in Greece.

Volos is a very lively and pleasant city. One thing you must do is to visit one of the fish tavernas, "tripouradika", and enjoy fish titbits and tsipouro. Once you have experienced this, you will forever have this picture in your mind and heart.

One of the most important sites in Volos is the archaeological museum "Athanassakio". It was built in 1907 on the east side of the city at Anavros. They exhibit a large number of findings, such as Palaeolithic and Neolithic objects from the prehistoric hamlets of Sesklo and Dimini.

They also have on display a very rich and interesting variety of objects such as gold coins, jewellery, painted grave pillars, ceramic and bronze vessels from the area of Thessaly and ancient Greece.

The tour of the whole area includes visits to archaeological places like Neolithic hamlets Sesklo and Dimini, the ancient city of Iolkos, Ferres, Pagases, Dimitriada and Fthiotides Thives.

In Makrinitsa you can visit the mansion of Topali, which operates as a folklore museum of art and history. All over the place you will find charming monasteries and churches. During the year, there are many cultural and religious festivals that take place and include exhibitions, concerts and theatre plays.

You will be able to find a great selection of hotels and accommodation in the city of Volos. For the best hotel deals and lots of special offers for hotels in Volos where you can search through many hotels, simply click here ! 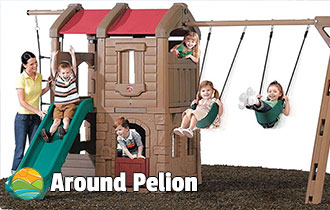 Merryland Park provide a huge selection of childrens plastic toys and playsets for playgrounds, schools and the house.